With ideal location conditions, Munich attracts many founders. The future looks promising, or perhaps not?

We knew it. You knew it. Now the rest of the world confirms it: Munich has ideal future prerequisites for startups. Under the slogan "The best and the brightest among Europe's investment destinations" fDi Intelligence voted Munich in their latest report for future cities in fourth place, as the only German metropole in the Top 5 - before Berlin. fDi Intelligence, a data analysis service of the renowned newspaper The Financial Times, evaluated for this case 319 cities based on the five categories Economic Potential, Human Capital and Lifestyle, Cost Effectiveness, Connectivity and Business Friendliness and gave Munich a top rating. Only London, Paris and Dublin performed better in the European ranking.

Not only the future viability of the city scores well. Munich also achieves above average in other areas and is establishing itself more and more as a leading start-up hotspot in Europe, as other studies verify.

Already last year the Bundesverband Deutsche Startups e. V. and the auditing and consulting firm PwC in cooperation with the University of Duisburg-Essen, have illustrated in their survey among 2000 German startups the positive perspectives for the current Munich startup scene.

In any case, there are a few reasons for this: The good access to capital and easy cooperation possibilities with established and internationally active companies offer a great advantage. Other location factors, such as well-educated talents and high quality of life, have also a positive effect on the start-up location Munich. According to another paper by the startup portal Munich Startup, access to new capital does not seem to be a problem either, despite Corona.

In one area, however, Munich has an enormous amount of backlog and how the crisis will affect startups in the future is also still unclear. But let's see what makes this location so special in detail.

A strong economy and favorable partners

From an economic perspective, Munich has already been considered as one of the most important locations in Europe. Many large international and national corporations such as Google, BMW and Allianz and leading medium-sized companies such as Knorr-Bremse and MTU Aero Engines AG are based in Munich. So there are enough local partners for startups to test new products or attract the attention of potential clients.

The international focus on business opportunities for the local startups is also striking. More than half of the startups are planning to continue their activities abroad and a quarter of their revenues are already being generated by international business lines, as the former survey of the Bundesverband Deutsche Startups e.V showed. The presence of internationally experienced partners and customers from the industry is a major plus point here and helps to open up international markets.

Munich's economically strong orientation is also reflected in the availability of venture and growth capital. "There are good financing opportunities, first-class universities, strongly established technology providers and a high quality of life that attracts qualified specialists”, says Judith Lechermann, Head of the PwC-Startup Initiative NextLevel at the Munich location. These initial conditions attract the interest of investors.

Many backers had announced that they would be more cautious with their investments and want to support their existing startups first and foremost. Nevertheless, some are starting to invest again, in favor of the Munich scene. "Due to its strong tech focus, Munich has a strategic advantage. The financing is very corporate-driven," mentions Judith Lechermann from PwC's Startup Accelerator Next Level.

Rainer Maerkle, partner at Holtzbrinck Ventures, shared this assessment in a recent report published by Munich Startup: "We are strong believers in the ecosystem, driven by the mix of local talent, tech focus, university backing, availability of capital, as well as the attractiveness of the city. In Munich, there's a lot going on under the radar.“

Thanks to top universities like the TU Munich and the LMU Munich, young talents can be recruited locally. So there is no shortage of capable young people. Funding initiatives such as the startup incubator and accelerator from the TU Munich, UnternehmerTUM, also support students' own startup projects. The attractiveness of the location is reflected in personnel development as well. According to the survey of the Bundesverband Deutsche Startups e.V, Munich startups employed an average of 34 people. This is twice as many as the national average of 16 people.

The only downer: rents in Munich. 74 percent of the founders say they have problems finding affordable office space. This is detrimental to the business in two ways. On the one hand, founders have to pay high rents, on the other hand new employees also have to face the housing situation in Munich. This could put off highly qualified applicants, the interviewees criticize.

Q&A with Arianna Huffington: Sleep yourself to the Top 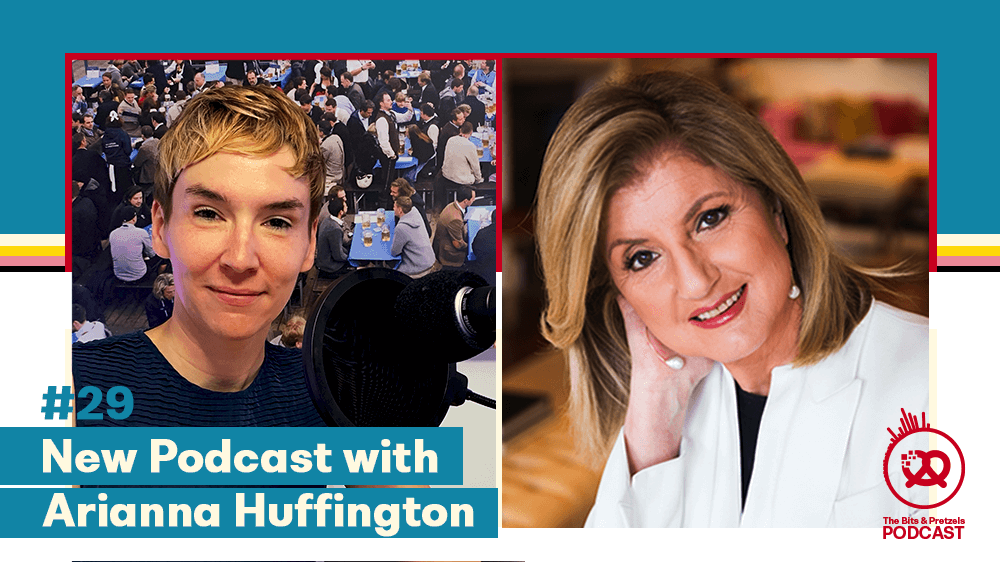 The Next Step: Ignore your Age, and just start!